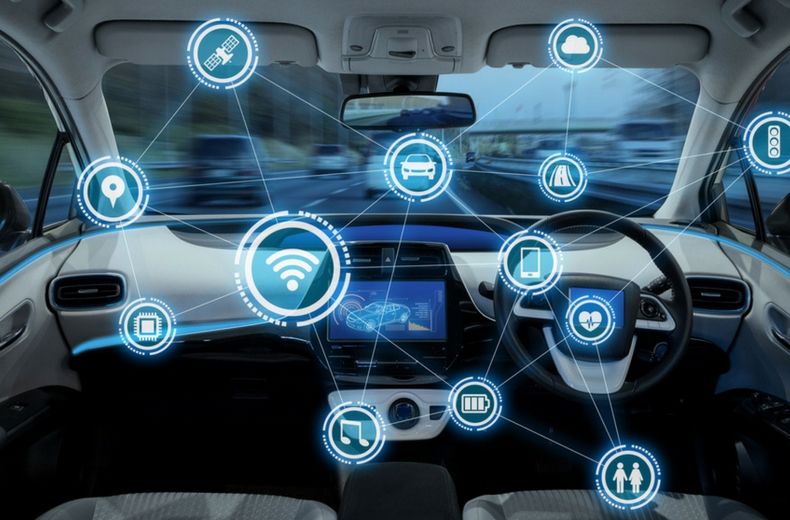 ADAS, or Advanced Driver Assistance Systems were first being used roughly 50 years ago with the introduction of anti-lock brakes. However, over the last five decades this has evolved to include features such as blind-spot warnings and even automatic emergency braking. According to a report by AAA, “At least one ADAS feature is available on 92.7 percent of new vehicles available in the U.S. as of May 2018”.

The global ADAS market is currently $27 Billion, and is expected to reach $83 Billion by 2030.

Using small cameras and sensors positioned around the exterior of the vehicle and directly behind the windshield, the vehicle’s internal computer is able to analyze this information in real-time and trigger a response to improve safety.

Using a scale provided by the Society of Automotive Engineers (SAE), ADAS is divided into five levels based on their level of automation. In level 0, ADAS cannot control the vehicle but simply provides information to the driver; this would include features such as parking sensors or forward-collision warnings.  Levels 1 and 2 are similar in that the driver does most of the decision making, such as autonomous parking or adaptive cruise control. From levels 3 to 5, the level of autonomy in the vehicle drastically increases, with level 5 signifying a fully autonomous vehicle.

If you are in the market for a new vehicle, here are some of the amazing ADAS features commercially available to be on the lookout for!

According to safercar.gov, “Automatic emergency braking (AEB) systems detect an impending forward crash with another vehicle in time to avoid or mitigate the crash.” While traveling forward, the ADAS system is able to detect potential collisions and automatically apply the brakes to avoid or lessen the severity of the impact. Over the years, this has expanded to include pedestrian detection in many situations.

Adaptive cruise control automatic braking and acceleration to maintain a safe distance between your vehicle and the vehicle in front of you. As this feature continues to evolve, some can include coming to a complete stop and then continuing.

Lane departure warnings were one of the earlier available ADAS features in recent years, however lane keeping assistance goes one step further. Instead of simply using the exterior cameras to inform the driver that vehicle markers have been crossed, automated steering helps adjust the vehicle and re-center within the desired lane.

When driving at night along curved roads or over hills, traditional headlights oftentimes leave blind spots and increase the risk of accident. Using electronic sensors, adaptive headlights can detect steering angles to adjust the direction of illumination based on the vehicle’s trajectory.

Most ADAS features are designed to inform and protect the driver from what is taking place outside of the vehicle, however drowsiness detection focuses on the drivers. Recognizing fatigue through steering behaviors and other benchmarks such as lane deviation and time driven, the vehicle is able to warn drivers it may be unsafe to drive or a break is needed.

Mother nature is many things, but predictable is usually not one of those. Adaptive windshield wipers use infrared sensors that can detect when water droplets are on the windshield, and can automatically turn on the wipers at the necessary speed and frequency. Especially when in stop and go or simply heavy traffic, removing the need for drivers to constantly be fidgeting and adjusting the windshield wipers allows them to focus on the road and be on the lookout for dangerous situations.

Utilizing sensors and exterior cameras, vehicles with this system are able to identify the direction of oncoming traffic flow. Used in collaboration with lane detection, drivers are additionally notified when they begin to merge on the wrong side of the road.

Advanced Driver Assistance Systems are phenomenal pieces of technology that have likely saved countless lives over the last decade and beyond. However, more dangerous than not having these features is having an uncalibrated ADAS. In the event of an accident, windshield replacement, or even sometimes a tire rotation, this can disturb your sensor’s accuracy. This can lead to a false sense of security, where the driver is depending on a malfunctioning warning system, and in turn endanger yourself and those around you.

If your vehicle has ADAS and you are receiving a windshield replacement, please make the right decision to pay for re-calibration, it could save someone’s life. Use our instant quote tool to get in touch with a trusted provider that can get your back on the road today, safely.